As the world grapples with the reality of climate change, more and more people are taking to the streets to demand action from their leaders. In the United Kingdom, protesters have been gathering in cities across the country, calling on the government to do more to combat the climate crisis. The UK has been a leader in the fight against climate change, but protesters say that more needs to be done to avert the devastating effects of global warming.

With the country set to host the COP26 climate conference later this year, there is a sense of urgency among the demonstrators that the government must take bolder action on climate change. The protesters are demanding that the UK commit to net zero emissions by 2030, and they are calling on the government to invest in renewable energy and end its support for fossil fuels. With the world at a tipping point, it is clear that the time for action is now.

Record-breaking temperatures are proof that climate change is real

These record-breaking temperatures further prove that climate change is not only real but is also happening at an alarming rate. Climate experts have long warned that rising global temperatures would lead to more extreme weather conditions, and this summer’s heatwave directly results from the Earth’s rising temperatures. As the climate continues to change, we can expect to see more extreme weather conditions in the years to come.

Climate change is a reality affecting people worldwide—in the Arctic, melting ice results in the loss of habitat for polar bears, walruses, and other animals. As the ice melts, it also exposes more of the ocean to sunlight, which causes the water to absorb more heat and increases ocean temperatures. This warmer water affects marine life and can lead to coral bleaching.

In addition, changes in precipitation patterns result in droughts in some areas and floods in others. These extreme weather conditions can damage crops and disrupt transportation and other essential services. Climate change is also causing sea levels to rise, which is threatening coastal communities around the world. As climate change continues to affect different parts of the globe, it is clear that we need to take action to mitigate its impact.

The Demands of the Protesters

The protesters are demanding that the government stop issuing new oil and gas licenses. They say that the environmental impact of these activities is too significant and that the country should focus on renewable energy sources instead. The government has so far refused to budge on this issue, but the protesters are not giving up. They are planning to continue their demonstrations until their demands are met. It remains to be seen whether they will successfully get the government to change its stance.

The protesters staged a “die-in” protest to demand urgent action to tackle climate change. The protesters say that the world is brink of a climate catastrophe and that immediate action must be taken to avert disaster. They are calling for a range of measures, including a switch to renewable energy, reducing carbon emissions, and ending fossil fuel subsidies.

The UK’s role in the fight against climate change

The United Kingdom has long been a leader in the fight against climate change, and its role was once again evident at the recent COP26 conference in Glasgow. Delegates from around the world gathered to discuss the latest efforts to reduce emissions and prevent global warming, and the UK was at the forefront of these discussions.

British Prime Minister Boris Johnson announced a new target of reducing emissions by 78% by 2035, and he also pledged to provide £5 billion in support for developing countries to switch to cleaner energy sources. These commitments put the UK at the forefront of global action on climate change, and it is clear that the country is committed to playing its part in fighting this global problem.

The need for bold action against climate change

Despite the clear and present danger of climate change, the world has yet to take bold action to prevent it. This is partly because the effects of climate change are not evenly distributed.

For example, in the developed world, where most greenhouse gas emissions come from, people are generally insulated from the worst effects of climate change. They can afford to buy air conditioners and weather-resistant homes and have access to clean water and food. In contrast, in the developing world, where most people live, the effects of climate change are already being felt. Crops are failing, water supplies are diminishing, and extreme weather events are becoming more common.

As a result, people in the developing world are already bearing the brunt of climate change, even though they have done little to cause it. In order to effectively address climate change, rich countries must take bold action to reduce their emissions and help developing countries adapt to the changing environment. Only then will we be able to avert the catastrophic consequences of climate change.

How to use mindfulness to ease anxiety and stressed minds

How to Handle Working with a Partner You Can't Stand 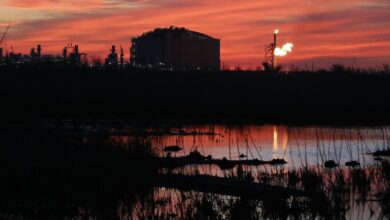